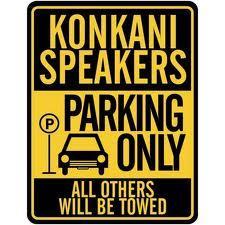 You may wonder what sort of Konkani I am planning to dish out here, so let me give you some idea of what I have in mind.

Sanskrit being the Mother of all Indian languages, no one who hasn’t had a good grounding in Sanskrit can claim to be a scholar of any Indian language. And since, despite my great reverence and admiration for the great language, I don’t know Sanskrit, let me make it clear that I am no Konkani pundit.

Nor can I say I know Marathi well. The reason why I make a special mention of Marathi here is that Konkani and Marathi were born in the same cradle and have retained a close resemblance to, and affinity for, each other especially with regard to their grammar; so much so, that you may have come across people who declare that Konkani is but a dialect of Marathi – a view that, of course, I do not subscribe to. But the two are certainly sister languages, so if Konkani is our Mãi-Bhas, then Marathi is our Mavxi-Bhas.

But what I can claim is that Konkani is my mother-tongue: it was the only language my mother knew and the only one that I knew and spoke before I joined the English school at the age of eight and a half. Until then all the English I knew was “thank you”, “sorry”, and “good night”. Even in the English school, my peers spoke only Konkani and if any boy, who happened to come from an English-speaking background – a rarity in those days, uttered a sentence in English, he would be branded a sissy. So I grew up in a totally Konkani environment during the last two decades of the Portuguese rule in Goa, and witnessed perhaps the last phases and the folding up (at least in our village of Aldona) of all the old Goan traditions like chuddo, Sam João, mattôv, ladainhas, and the old Gregorian chants in the Church. I also interacted with some old Goan tarvottis, and later visited the traditional Goan and Mangalorean clubs in Bombay. Those indeed were the days!

In St. Pius X College, Bombay, I studied Marathi from our beloved Professor Kedare who drilled us in Marathi grammar using Rev. Fairbank’s book on the subject, which helped me to devise my own formulation of Konkani Grammar. So while, as I said, I cannot call myself a Konkani pundit, I could pass for a Konkani grammarian. I have also had some experience in Konkani writing, public speaking, and Konkani drama. That much for my credentials.

Konkani has many faces which could be called the dialects of Konkani. You have probably heard it said that the British and the Americans are divided by a common language. That is perhaps even more true of people who speak and write different variations of Konkani. The spoken language changes its colour and flavour from region to region with differences emerging as we go south from Sawantwadi through Goa, Karwar, Honawar and Mangalore to Kerala. These regional differences are also reflected in the scripts Konkani is written in: Devnagri, Roman, Kannada and Malayalam. Within Goa itself, there are sharp variations in the language as spoken in Bardez v/s Salcete and by Hindus v/s Christians apart from additional inter-caste differences. But regardless of its linguistic spectrum, all Goans understand the Konkani spoken by all other Goans. What is even more interesting is that the Konkani spoken by Mangalore Catholics is surprisingly similar to that spoken by Bardez Catholics, presumably due to historical reasons.

When in Goa, do as the Goans do

So if you are living abroad and have any plan to either visit Goa or live in Goa any time in the future, you would perhaps want to understand the Konkani that any Goan speaks and to speak some Konkani that any Goan can understand, in which case it is enough to learn any one Goan strain of the language. I am going to cover just one of these strains but an important one, viz. the Konkani that I speak and is spoken by the people of Aldona where I hail from, where I completed my schooling, where I spent the first sixteen and a half years of my life and which village I have kept in close touch with ever since. However let me add that the Konkani I speak and that will be featured here is the same Konkani that is written in the Roman script in Goa today, except for the fact that there is a brand of writers today who seem to think that if they don’t spray their writings with Sanskrit and Marathi words (without even trying to Konkanise them), they would be considered as substandard.

Also, I shall be sticking to the Roman script throughout, so you won’t need to learn the Devnagri or the Kannada script in order to follow. Incidentally, all scripts which are being used to write Konkani have their limitations and need to be adapted to accommodate Konkani. So does the Roman script.

There are a few observations I would like to make before proceeding with the main training course that will follow as soon as we are ready.

Even though Konkani has no direct relationship with Portuguese, several centuries of Portuguese presence has left its marks and footprints on our culture and language – and understandably more on the Catholics than on our Hindu brothers. That may be the reason why Catholics in Goa have lost one important vowel sound that they certainly had before the arrival of the Portuguese and which Mangalorean Catholics have still retained: the अ sound that is no longer extant in the current Goan Catholic Konkani. However, this may not be such a big deal, as interestingly, as far as I know, neither does it exist in Bengali.

But apparently to compensate for the loss of that vowel, the Portuguese language has also enriched our language with other sounds, including two important vowels and two consonants. Of the four, the two vowels have seeped deep into the fabric of even the Konkani spoken by Goan Hindus, although most of the latter aren’t perhaps even aware of that despite the fact that neither of the two sounds is intrinsic to Marathi which almost all Goan Hindus are familiar with: the open e ‘ and the open o . (Both these vowels are incidentally exemplified in that order in the word cheddo.) Write that word down in a meaningful sentence using the Devnagri script and ask almost any non-Konkani Maharashtrian to read it, and you could bet your bottle of fenni that he will always read it wrong while every Goan Hindu who speaks Konkani should spontaneously read the same word correctly. Now don’t get me wrong: I have nothing against the devnagri script, which is as pure as Sanskrit. But Konkani has evolved in a different direction and every script would need to be modified to make it adaptable to Konkani.

In contrast to the two vowels mentioned above, the other two sounds, viz.consonants, that have also come to us as Portuguese legacy, are rather peripheral to the language we speak, since they only occur in words of Portuguese origin: the lh  as in kulher (Portuguese colher) — equivalent to Spanish ll, as in llamar — and the nh  as in kunhad (Portuguese cunhado) – equivalent to the Spanish ñ in niño.

A word on language learning techniques. There was a time when learning a language used to be an extremely monotonous affair, a most unenviable task, and it consisted of merely cramming the vocabulary and the grammar and then topping it off with a few idioms and maybe some proverbs. Nowadays, language learning has developed into an art and a science and has acquired a much more pleasant flavour, with pure grammar as well as pure vocabulary being confined to the back-burner, to be accessed only as reference material. Instead, a lot of importance is given to learning as a child learns a language, to speaking practice, listening to native speakers, repetition of words, phrases and sentences, and the use of whatever media that can promote the learning process: audio and video items and even music, games and fun.

One Response to Amchi Bhas Uloi